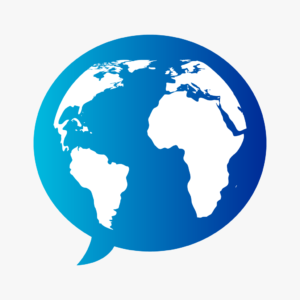 Hello helps people connect to each other no matter the language barrier; a messaging client that allows two parties to communicate in their native languages and still be understood through the power of live translation.

The original idea for this app came out of an observation I made in 2015 about a few friends of mine whose grandparents had immigrated from Russia. My friends could speak Russian, but could only type in English. Because of this, it was quite difficult for them to communicate effectively through text with their grandparents.

I wanted to help them out, and so at AngelHack, I decided to make an app that would solve this problem. I fleshed out a demo during the hackathon, and made a polished version at Make School in 2016. On the surface, the app had the same look and feel of iOS’s iMessage service (I wanted to keep it familiar for older people). The catch was that it was live-translating. Every message you sent, you could send in your native language, and the recipient would receive said message in their own native language.

In theory, two people could then communicate without ever knowing that neither of them spoke a lick of each other’s respective language. I released it to the App Store during my time at Make School and won both the Parent’s and Instructor’s Choice awards for it.